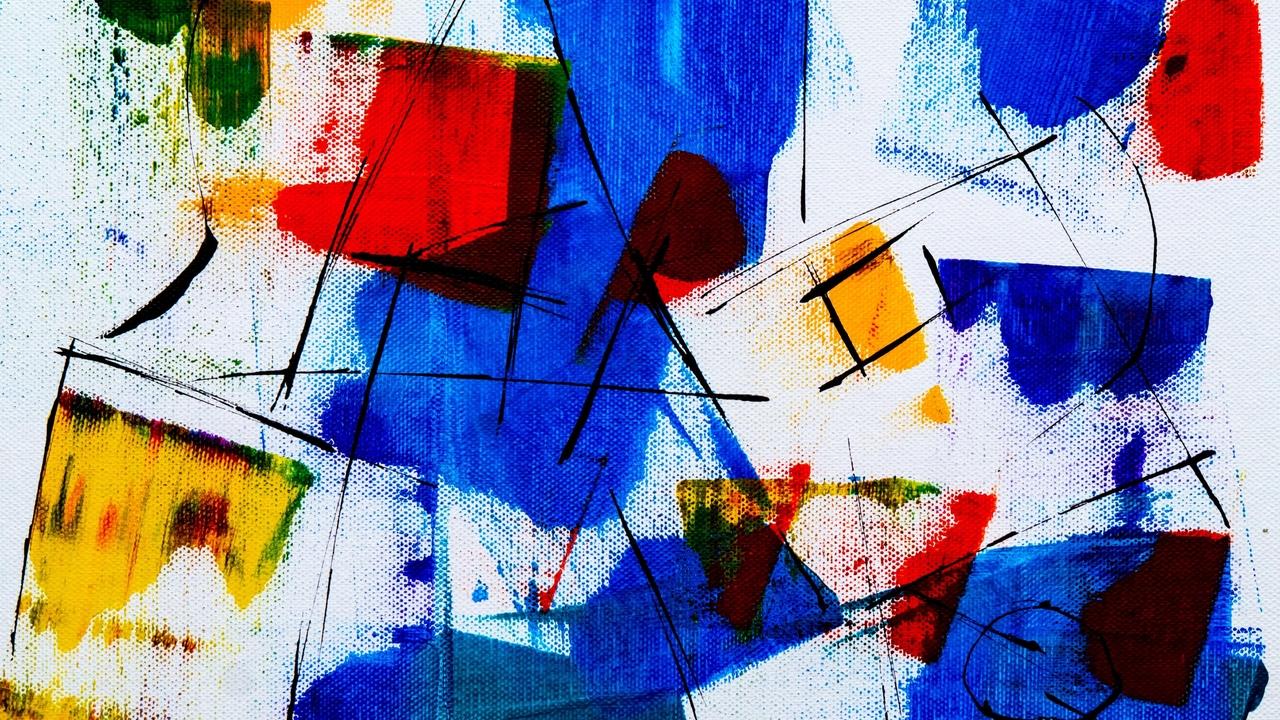 Lenormand is unlike any deck you’ve seen. Truly, it’s just about as unique as divination cards get.

The Man and Woman aside, just about every card is an object that seems to have been randomly picked from the world around us. If they weren’t from our everyday landscape, we probably wouldn’t know what to make of Lenormand’s cards.

But it’s not just the seeming randomness of the card symbols that is odd. Lenormand’s deck and history is filled with mystery below the surface of its symbols.

The deeper we delve into this deck, the more intriguing it becomes!

But this doesn’t mean that we can’t use it effectively. In fact, no matter how strange, odd, or bizarre its makeup and origins are, Lenormand remains one of the most practical decks we know of.

So, what are those strange features of the Lenormand deck?

On of the most curious facts about this deck is that history has it that Mlle. Lenormand did not invent it.

Her cards are said to come from a deck used in France at the time (ca. 18th c.) called the Piquet.

Piquet is a small playing-card deck still found today. It’s made up of only 32 cards and dates back to at least the mid-1500’s as some French authors (like Rabelais) make reference to it. It was apparently also popular in Britain in the 17th century.

Eteilla, the famous French cartomancer who lived between 1738 and 1791, wrote the first guide to divining with playing cards in 1770. He turned the 32-card Piquet into the cartomantic Petit Eteilla.

Unfortunately, we have no way of knowing whether Eteilla based his system of divination on pre-existing ones.

The Petit Eteilla inspired other 32-card decks to be created all over Europe, with many overlaying the playing cards with new images and symbols.

But Mlle. Lenormand’s deck is made up of 36 cards - not 32. So while the Piquet is pretty close, it’s not the whole story.

Lenormand’s deck is instead almost exactly matched to a German game called Das Spiel Der Hoffnung, or the Game Of Hope. Not only are its cards and enumeration exactly like those of Lenormand’s deck, but the Game’s instructions allude to the possibility of using it to answer divinatory questions.

So while the Game of Hope is based on Piquet, Lenormand’s deck is more directly rooted in the Game Of Hope itself.

Interestingly enough, Piquet is the name of one version of the Grand Tableau, which is a large layout that uses all 36 Lenormand cards - more on it below.

So… It appears that Mlle. Lenormand didn’t invent the deck that’s named after her.

As Lenormand’s deck is made up of 36 cards and uses all four playing card suits, not all pips exist in it - which is similar to its parent deck, the Game Of Hope.

Lenormand’s deck uses the Kings, Queens, and Jacks for the courts, the Aces, and sixes through tens for the number pips. This means that the twos through fives don’t exist in the deck.

It’s not known why these particular pips have been omitted or if the sixes through tens have are somehow more important.

Regardless, two, three, four, and five all have a numerological connection that could balance the deck and enable a natural progression within each suit, as is the case with the Tarot’s minor arcana suits of cups, wands, pentacles, and swords.

But while some pips are missing from Lenormand’s deck, it doesn’t compromise the quality of readings we do with it. That’s because the meaning of a Lenormand card primarily comes from its main symbol, not its associated pip value.

Another reason why meaning is never compromised in Lenormand is because its cards are read in combinations, not individually, as we’ll get into more below.

So while the Lenormand deck has ‘incomplete’ pips, we don’t have to worry about it when doing readings.

3. SPADES ARE POSITIVE, CLUBS ARE NEGATIVE

Unlike every other system under the sun, Lenormand’s spades are positive or neutral, while the Clubs are mostly challenging. Everywhere else, it’s the opposite.

Let’s take a step back for context...

Each playing card suit is quintessentially associated with an alchemical element: Water, fire, earth, and air.

This logic also operates in the Tarot’s minor arcana suits:

So in general, air is associated with challenges.

Not so in Lenormand!

It’s clear that most of these cards are challenging, and the courts here stand out. The only card that is not challenging is the Ring. It’s the card of relationships and often represents strong bonds. And the Cross, Mountain, and Bear are not necessarily challenging.

Most of these cards are neutral, but a couple of them are very bright: The Child and Flowers. And the Anchor and Ship often have positive connotations.

So Lenormand’s suits are different from the common correspondences between air, spades, swords, and challenges.

But again, this wouldn’t affect our readings so much, because the weight of a card’s meaning comes from its symbol.

In general, Lenormand’s pips are not a central part of the interpretation, though they do have interesting features that can be taken into account.

As we’ve just seen, Lenormand’s suit of clubs - not the suit of spades - is associated with challenges.

This is actually just the beginning of Lenormand oddities when it comes to card correspondences between symbol and pip.

The most consistent of the Lenormand suits is that of the hearts. Every card in this suit is generally positive and well-associated with its pip.

The courts in particular tell a lovely story: The Jack is the Heart itself pointing to loving feelings, the Queen is the Stork which is often associated with pregnancy, and the King is the House which suggests a family man or the ‘man of the house’.

The next most consistent suit is that of clubs. Aside from the fact that it’s not clear why the clubs have replaced the spades to represent challenges in the Lenormand deck, most of the club cards are internally consistent with challenge.

The suit of spades also has a few oddities. It’s not clear why it’s been chosen to be associated with mostly neutral cards, and on top of that, it has some odd associations between pip and card symbol.

For example, the Jack and Queen are both represented by bright and youthful cards Child and Flowers. But the King’s Lily is much ‘older’ in character.

The suit of diamonds also has oddities. It has a mix of some of the most positive cards of the Lenormand deck, and some of its most negative: The Sun, Clover, Key, and Fish on the one hand, and the Coffin and Scythe on the other hand.

That’s why the numerological and suit meaning of Lenormand’s pips are unique as I’ve explained in this post.

We have to base our understanding of the Lenormand suits on the cards themselves, not on the generally accepted meaning of the alchemical elements and corresponding playing card suits.

The most unique feature of Lenormand’s cards is its card-combining feature.

While this is an oddity because it’s unlike any other system, it’s the most enchanting, fulfilling, and practical part of reading Lenormand.

I’ve offered my interpretation of all pairs and many triplets in the Card Combinations Master, but you don’t have to memorize anything at all! Lenormand’s cards have a way of just  ‘speaking’ like words in a sentence.

Every other deck I’ve come across, including the Tarot, often gives you that awkward experience of seeing a wonderful set of cards, but then giving you something like the 10 of Swords in the outcome position!

This is not only embarrassing if you’re doing the reading for a client, but it’s also off from an interpretation point of view. I mean just look at this horseshoe spread. It doesn’t make sense!

That’s why a few Tarot authors offer some form of card combining - or try to.

I don’t think it works well, though, not only because the energy of Tarot cards is not as fluid as Lenormand’s (the upside of that being that Tarot cards communicate well on their own), but also because of the way Tarot cards are laid out - more on this next.

This issue doesn’t exist with Lenormand because we don’t read its cards independently from all the others in a layout.

It’s precisely this feature of Lenormand that makes it so engrossing. We’re always looking for more ways to connect the cards and make sense of them together - in pairs, triplets, and beyond.

A natural outcome of Lenormand’s card-combining feature is the way Lenormand cards are uniquely laid out in a spread: Tableau-style.

Tableau just means ‘portrait’ in French. In Tableau-style layouts cards are placed in a grid-like format like the classical nine-card portrait.

The idea behind Tableau-style is that cards are read in rows, columns, and diagonals, as well as in many other ways, such as combining the corner cards, reading the diamond, and many more techniques that I detail in the Handbook Of Layouts.

This means that a single card is read many times over as part of different sentences and structures within the layout, which is very different from other methods.

In the Tarot’s horseshoe spread, each card is allocated to a certain position in the layout, and each of these positions has a specific meaning - e.g. past, present, future, outcome, etc.

In Tarot and other layouts, cards don’t ‘move’. They land on their position and pretty much affect only that position.

That’s why it’s possible to have awkward readings like the one we saw earlier.

But because of the card-combining feature of Lenormand and its Tableau-style layouts, that’s not an issue we have with it.

Tableau-style means that we can read cards not only in pairs and triplets, but also in quadruplets, quintuplets, sextuplets, septuplets, and beyond!

That’s why it’s common to draw many Lenormand cards in one layout. It becomes natural - and easy - to read that many cards in a single sentence.

The Grand Tableau is that famous Lenormand layout that uses all 36 cards.

It’s not only super fun to spend a whole afternoon contemplating a Tableau, but it’s the most amazing way to uncover all sorts of juicy details.

Reading the cards in a Grand Tableau doesn’t only involve stringing them into super long sentences, but it also means we can dig out all sorts of amazing connections between the cards, like the heart, spine, bottom line, knights, arrows, and many more structures hidden within it.

And the wonderful thing about Lenormand’s big spreads is that they tell a unified story - again thanks to the magical card combination feature of the cards.

Other decks are not amenable to big readings. I’ve seen some very big readings with the Tarot, and they unfortunately do a poor job of telling a story. Even the Celtic Cross is often choppy.

Losing oneself in huge spread like the Grand Tableau AND making sense of it is a unique Lenormand experience.

P.S. Are you trying to make sense of Lenormand?

If you’re feeling frustrated with trying to piece the Lenormand world into something whole and coherent, I understand you completely. I was there! Try Lenormand Reader’s Master Guides. They’re a comprehensive resource for learning and practicing Lenormand. Take advantage of the bundle and save 20%!

Yes! Save me time, money and frustration. Show me the Master Guides!