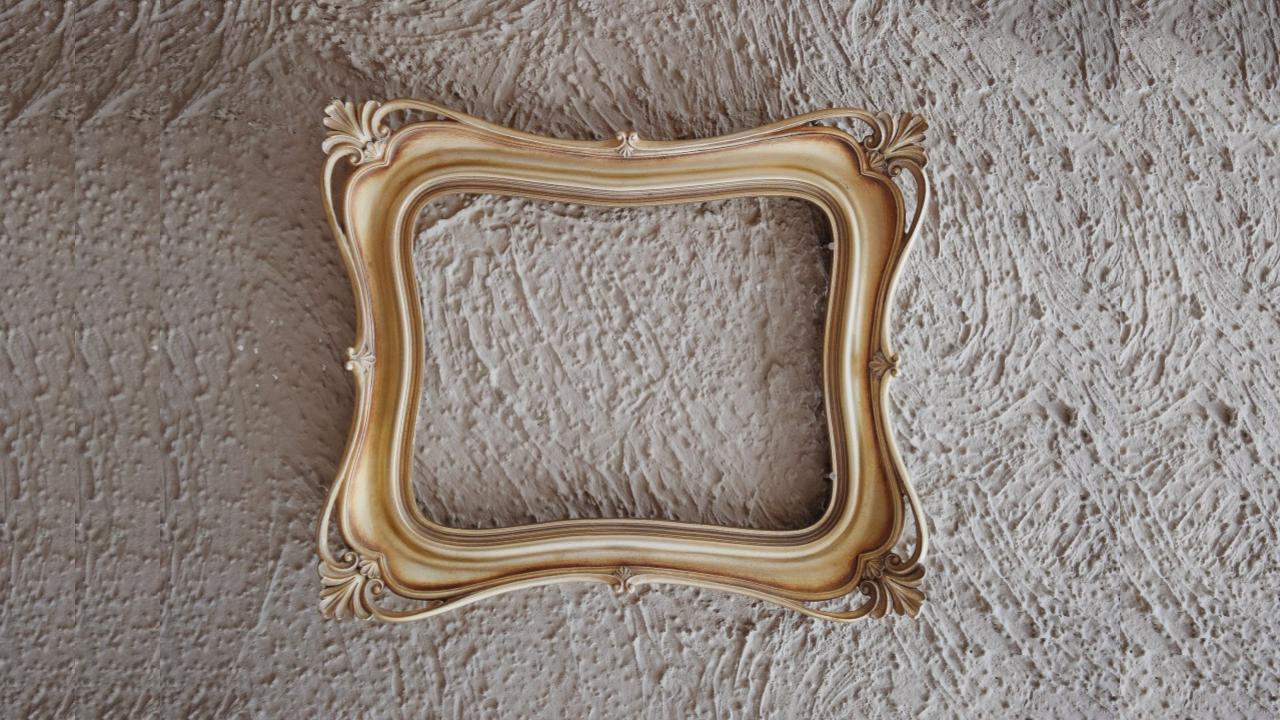 The one thing that we immediately associate with Lenormand is the Grand Tableau. This isn’t surprising because reading this 36-card layout is pretty much the pinnacle of the practice.

It’s large and intimidating not only because it uses up the whole deck, but also because of how it’s configured: In rows and columns.

Most aspiring Lenormand Readers find the Tableau challenging, and to be fair, it is. BUT, it is not insurmountable. Plus, when you grow your practice the right way, you’ll find that the Tableau is an approachable next step - if not an easy one.

So in this post, let’s look at the Tableau from a few different angles: Why it’s challenging and how you can begin tackling it.

CONFIGURATION IS ALL: ASTROCLOCK VS. GRAND TABLEAU

The Tableau uses all 36 cards of the deck. That’s a lot of cards but it’s not really the reason why it’s challenging.

To make the point, let’s compare it with the Astroclock.

The Astroclock is an annual, month-to-month reading that also uses up the whole 36 cards. Because there are twelve months in a year, each month gets 3 cards.

Different Readers lay out the cards in different ways, but I like to place January at 1 o’clock all the way to December at 12 o’clock.

I also prefer the classical clock shape like the one below, though it’s possible to lay out the cards in two rows of 6 months, three rows of 4 months, or four rows of 3 months. These different configurations help us visualize the year in parts: Two halves, three quarters, or four quadrimesters.

Though the Astroclock uses all 36 cards, it’s actually a very simple spread because each month has just 3 cards. And though it’s possible to identify themes throughout the year, or parts of the year (like in halves, quarters, and semesters), the months are essentially independent from the others. So the Astroclock is actually super easy to interpret because it’s essentially twelve 3-card lines.

This is very different from the Grand Tableau.

An obvious challenge with the Tableau is how long its lines are. They will stretch your interpretation skills.

Unlike the Astroclock, the Tableau’s rectangular configuration means that cards can be read over and over as part of different lines, including rows, columns, diagonals, as well as other, non-adjacent card structures. This, in turn, means that there is plenty to interpret in a Tableau.

Admittedly, the sheer number of sentences and structures that we can interpret in a Tableau is by itself daunting.

But we don’t stop here. On top of all the lines we can interpret, we need to connect them into a story.

Connecting all these sentences and structures into a story that makes sense is another challenging aspect of the Tableau.

To summarize then, the Tableau configuration results in a few challenges. We have to:

BUILDING UP TO LONG SENTENCES

The first step toward mastering a Tableau is getting comfortable with interpreting longer lines.

It’s true that the longer a Lenormand line of cards is, the harder it is to interpret.

But it all starts with simple two-card combinations. You can take the cards in turn and break down these long sentences into smaller ones, and then piece them into the whole line.

When you’re starting out with Lenormand, you’re not likely to jump right into the Tableau. You’re best starting out with simple 3-, 5-, and 7-card lines. It’s a good idea to practice them on a daily basis so you build your card-combination skills.

Interestingly, the 7-card line can be more challenging to read than the nine-card portrait. That’s because the longest line in a portrait is made up of just 3 cards.

Practicing the line of 7 gets you pretty close to interpreting the longest sentence in a Tableau.

So, my first suggestion to help you master the Grand Tableau is to build up your sentence interpretation skills.

Say we draw these 3 cards:

The Garden is about meetings, gatherings, or the community at large, and the Star is all about wish-fulfillment and healing. So a meeting could go really well and produce the results we want. We might also be popular or appreciated within a group or a community, having accomplished something.

Next, we add the Mountain to the mix. It’s a bit tricky here because the Mountain is usually associated with obstacles and blockages. But with the powerful effect of the Star, it’s possible that we can dissolve these blockages. In the context of the Garden, perhaps there was some tension within a group of people but it now heals and things feel good again.

Alternatively, with the Mountain being associated with foreign affairs and places abroad, a happy trip can materialize. It’s also possible that there’s a meeting or an opportunity abroad that opens up.

In any case, this is a happy line thanks to the Star in the middle of the line.

Now, let’s build this line up to 5 cards. Suppose we add the Flowers and the Woman to the first 3 cards.

The Flowers is typically associated with returns and renewals, and the Woman points to an actual person. She can represent anyone like a friend, colleague, sister, mother, relative, or anyone who has some relevance to our affairs. The cards suggest we could be returning to a place abroad and reunite with this woman.

And to build up the line to a line of 7, suppose we get the Fish and Dog.

The Fish is associated with money and prosperity and the Dog can refer to a friend or colleague. If we take the Fish to suggest work or business, then we can look forward to an exciting new venture that is financially and materially promising.

Otherwise, the line supports financial and practical affairs abroad with the help of a friend, family, or anyone in a position to help out.

If it helps, you might like to try this layered approach to build up your card combination and interpretation skills.

The portrait is another critical step toward mastering the Grand Tableau.

Though the Portrait's lines are short, the challenge lies in putting all their indications into a coherent story.

This means that contradictions are possible. But don’t let that stop you.

Because Lenormand’s cards make sense through combinations, contradictions don’t really happen within a single line. Instead, we build up meaning just like we do with the lines of 3-, 5-, and 7-cards.

When putting multiple lines together, some may appear to be at odds with others, but this can simply refer to different parts of the story.

It happens that we go through challenges into success, or face challenges after a phase of happiness. These ups and downs are simply part of life and our cards should be able to reflect that. So again, contradictions don’t have to bean issue.

Key cards. The Lily in the center focuses the reading on career, and the Snake, which covers the readee, can point to disappointments though it also clearly advises caution, silence, and discretion.

Diagonals. The Snake, Lily, and Flowers suggest a positive renewal at work or in our career following some challenges. And the House, Lily, and Stork point to changes - possibly deep ones in our career and lifestyle.

Columns. The Snake, Cross, and House in the left column suggest that we’ve had to end an involvement with a place or workplace, possibly because of a disappointment. But he Key, Lily, and Clover in the middle column are very positive and confirm there is an opportunity to step up to something better. In the left column, we clearly see positive changes coming through.

Rows. In the top row, the Key and Stork point to a successful move, but the Snake cautions against rushing ahead. The middle row bears the Cross which can mean point to having to make difficult decisions. The bottom row is very positive suggesting we’re going to feel at home again once we’ve made these changes. They could be freeing and relieving.

Overall, this is a positive reading suggesting positive changes, especially in home and career, following some important decisions and possibly a few disappointments or obstacles.

Some lines were challenging and others positive, but we weaved them into a meaningful series of events. No issues with contradictions.

Reading the portrait involves practicing many techniques used in the Tableau: Reading columns, rows, and diagonals, and examining central cards.

These are just a few of them. There are many more ways to combine the cards in a portrait to dig out juicy details.

But reading just the main lines of the Tableau will give you plenty of insights.

Indeed, they offer the key storylines and the rest is often just additional detail.

So take the time to practice the portrait along with your long lines, and soon enough, you’ll no longer feel intimidated by the Grand Tableau.

STARTING OUT WITH THE GRAND TABLEAU

So you’re becoming fluent with line of 7 and you know how to put a portrait together. Why not try your hand at a Grand Tableau?

In the Piquet configuration, the last 4 cards stand out. They’re literally the bottom line of the reading. And they can be just that: The bottom line or outcome of the.

You might like to look at the bottom line first, especially if you’ve asked a question, as it’s likely to answer it or offer the summary.

Next, you might like to look at the central cards of the Piquet. Which ones do you think they are?

Most authors agree that they’re cards 12, 13, 20, and 21. They’re often combined as two short diagonals, but they can be connected in other ways.

Next, it makes sense to read the major lines of the Piquet: The four rows of 8 cards, and the eight columns.

In the Piquet, some columns are made up of 4 cards and others of 5. Some authors might omit the fifth cards of the middle four columns if they like to isolate the bottom line - I personally don’t.

There are so many of them that most authors don’t read them all systematically. Instead, they might just focus on the ones that seem to stand out because of specific cards that seem more relevant to the query.

In my experience, the key storylines come through the rows and columns, leaving the diagonals to offer details.

Another thing you can do with the Tableau is to look at nine-card portraits embedded in it. There are many of them and not all of them are complete.

You can focus on specific themes.

To do that, locate the card that best represents that theme, then interpret the portrait around it.

For example, if you want to know more about money, you can zoom in on the Fish and interpret its portrait. For relationships, look for the Ring. And so on.

Believe it or not, there are many more elements that we can dig out of a Tableau, but when you’re starting out, reading its central cards, rows, columns, diagonals, and a few portraits is plenty.

So if you know how to read long lines and how to interpret a portrait, you can do a lot with a Tableau.

To summarize how you can tackle a Grand Tableau, follow these steps:

Does this simplify the task somewhat? I sure hope so.

Now, go ahead and started and do keep me posted.

Lenormand Reader’s Handbook of Layouts will help you master all the techniques used to master Lenormand spreads - from simple lines, all the way to the Grand Tableau. Why not take advantage of the Three-Book Bundle to get all three Master Guides at an awesome discount!